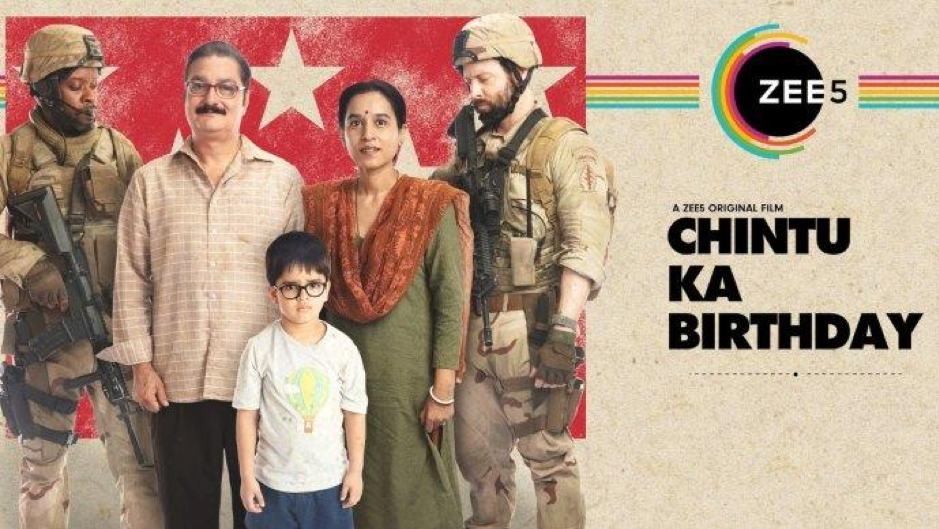 I remember being a kid and the level of excitement in me when my birthday month comes near. Now if I look back in the memories, mom and dad used to do all the preparations, decorating the house and I was busy inviting my friends? home for cake cutting and selecting candies. ?Chintu? in the Chintu Ka Birthday Trailer has made me look back in time.

The movie tells you about the story of a 6 six-year-old boy named Chintu stuck in Iraq with his family at the time of Saddam?s fall. All Indians have been brought home, says the Indian government. But some who migrated to Iraq illegally are still figuring a way out. And one of the Indian Families decided to celebrate their youngest 6-year-old member of the family.

Chintu ka Birthday Movie Trailer shows a perfect example of an Indian family that is bound together even in tough times. Chintu is excited to celebrate his 6th birthday and his dad promises him no matter what family will celebrate his grand birthday this year. Being stuck in the war zone, where times are unpredictable, Chintu’s father still has promised Chintu for a grand celebration and fulfill his wishes. Suddenly, it blasts and Us-led forces crash the house gate in between Chintu’s birthday party preparations. Insurgents dragged Chintu’s father and started interrogating the family and accusing them of things they are not part of.?

Chintu?s father, played by Vinay Pathak is the nicest character in the movie, who is always trying to maintain a positive environment and boosts the morale of the family. Just like an Indian Father who is trying hard to fulfill his son?s wishes.

Chintu?s mum, played by Tillotama Shome, her character in the movie is very warm, empathetic, courageous, and determined just like every Indian mother.

The movie is coming on June 5 exclusively on ZEE5. You will absolutely love the Innocence and characters of this Hindi drama. With all the violence and war zones the movie is giving a very positive message. My personal favorite people from Chintu ka Birthday are Chintu and his father. Chintu, a 6-year-old adorable child who wants to celebrate his birthday with such innocent wishes and his father my (second most favorite character in the movie) who wants to fulfill his son?s every possible wish. Balance of emotions and facts, the trailer shows the exact synopsis of how the movie is gonna be.